Patriotism of H.H. Maharaja Shri Vijaysinhji of Rajpipla, one of the first rulers to merge his State with the Union of India. Excerpts from Shri V.P. Menon’s book ‘The Story of Integration of Indian States’ 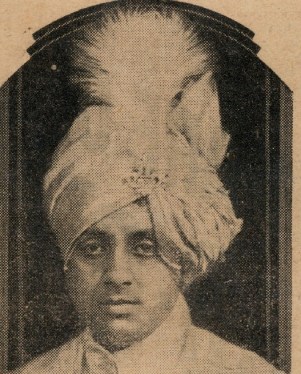 H.H. Maharaja Shri Vijaysinhji of Rajpipla was one of the first rulers to merge his State with the Union of India, which was an eloquent testimony to his patriotism and sagacity.

Shri V.P. Menon wrote on page 142 of his book ‘The Story of Integration of Indian States’, “I went to Bombay on 17 March 1948. I had an informal meeting with the rulers. The first thing I did was to announce that the formal meetings with the rulers of the full jurisdictional States would be held not in the Bombay Secretariat, but at the residence of the Maharajah of Rajpipla (on Nepeansea Road). This had a good effect. We met continuously for three days, the discussions generally extending into the late hours of the night”.

Elaborating further, Shri Menon observed on page 143, “After these discussions, the late Maharajah of Rajpipla expressed on behalf of the rulers their desire to integrate their States with the province of Bombay and made the following statement:”

(Exact words of Maharaja Shri Vijaysinhji of Rajpipla)
“We have the pleasure to inform you that, as rulers of Gujarat States, we believe our Mother Country and particularly Gujarat looks up to us to make all sacrifices in the wider interests of India as a whole. We, therefore, have cheerfully responded to the call of duty and decided to take the first step in forming the province of Maha Gujarat by integrating our States with the province of Bombay. We invoke God’s blessings on our decision”.

Having seen my grandfather’s papers during the period immediately preceding merger and post-merger, I am aware what his state of mind was. He had ruled himself for 32-and-a-half years and had carefully nurtured his beloved Rajpipla, creating a huge amount of infrastructure that still stands tall, and carried out sweeping benevolent reforms. I know that he merged the State with a heavy heart, but he did so readily, having fathomed the winds of change, and also prevailed upon his fellow rulers to emulate his example.

I bow to my grandfather Maharaja Shri Vijaysinhji of Rajpipla, a great man in every sense, honourable and dignified, and hope that I will follow in his footsteps in my own small way.