Irish Derby 150 years (1866-2015). Report in their official website on the Irish Derby 1926 triumph of Maharaja Vijaysinhji of Rajpipla 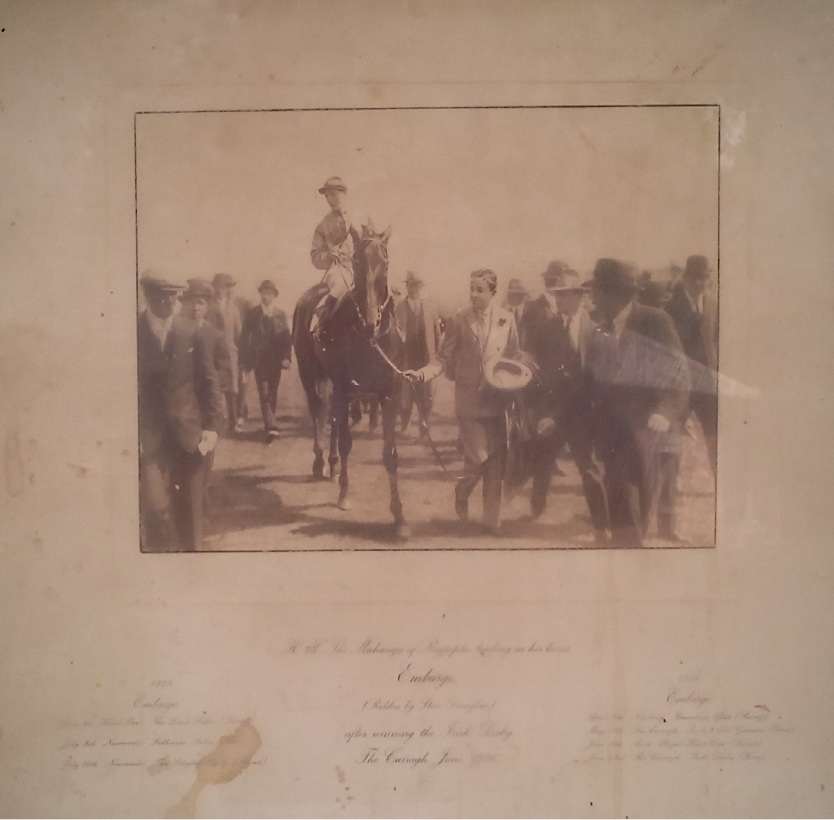 Maharaja Sir Vijaysinhji of Rajpipla leading his horse Embargo, ridden by Steve Donoghue, after winning the Irish Derby 1926. Having already won the Indian Derby in 1919, Maharaja Vijaysinhji went on to clinch a hat-trick of Derbys when he triumphed in the Epsom Derby of England, the blue riband of the turf, in 1934.

The negative effects of the Betting Tax and Entertainment Tax on the Irish racing scene in 1926 resulted in a diminished home-trained opposition to no fewer than six English raiders, headed by Embargo, winner of the Irish 2000 Guineas and subsequently second in the Royal Hunt Cup at Ascot. Ridden by Steve Donoghue, Embargo justified favouritism with a half length to spare over Silver Lark. His success meant that HH the Maharajah of Rajpipla had won the Irish Derby at his first attempt, a feat he was to emulate when Windsor Lad won the 1934 Derby. Having gone on to prove himself in the highest class, Embargo was purchased by JJ Parkinson and stood at his First Flier Stud close by the Curragh, proving himself as a dual-purpose sire.