I was fortunate to receive this hand-written letter dated 2nd November 1999 from the peerless Sir Donald Bradman.

When the legendary batsman passed away at the age of 92 just over a year-and-a-quarter later on 25th February 2001, I wrote an article on this letter which was published in The Times of India of 5th March 2001. 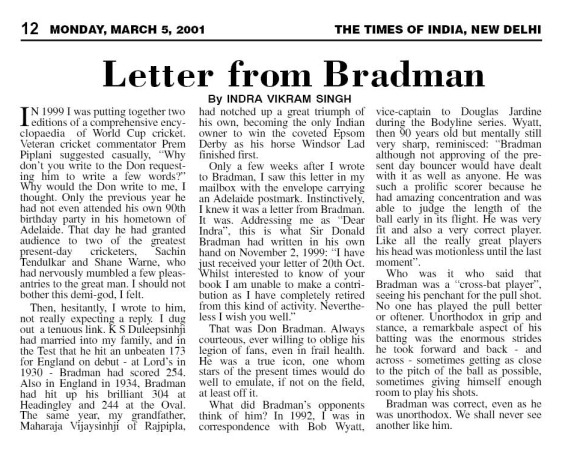 I have published The Don’s letter and the article in his biography ‘Don’s Century’ that I wrote during the year of his birth centenary.

Don’s Century, a biography of Don Bradman and a panaroma of batting from the 1860s to the present times